Our Gledswood Hills clinic offers Remedial Massage and other styles.
If you are in need of a good remedial massage, then the massage therapists at SB Chiro can help you with that. Our therapists have up to 25 years experience with remedial massage.

What is Remedial Massage?

Remedial massage can be used for general relaxation, but is predominantly used treat problematic muscles and return them to normal functioning. Remedial massage employs a wide range of techniques to reduce muscle tightness, and soreness, and thus improving posture, and joint movement. It also generates increased blood and lymph flow, particularly in and around areas of injury, and removes scar tissue, blockages, adhesion’s, and damaged cells that can occur with injuries.

As an alternative to remedial massage, our massage therapists also provide a number of different styles of massage, so you’re certain to find something that’s appropriate. We’ve got you covered, regardless of whether you just want to pamper yourself with a relaxing massage, or whether you are troubled by a particular issue that you want to fix. Our massage therapists will use the technique that is most appropriate to get the best result. They can also work in conjunction with our chiropractors to help return you to better health as quickly as possible. Other styles of massage available at SB Chiro include:

Relaxation massage is a light massage that’s perfect when you want a little pampering and to reduce stress rejuvenate.

Sports Massage is a form of massage that targets the particular needs of sports people. It helps prevent injuries, to preparing the body for sporting activity and maintain it in peak working condition. Sports massage is also used to after activity, to help athletes recover more quickly.

Deep tissue massage is most often used to treat painful areas and for injury rehabilitation. Poor movement patterns and posture can create a build-up of scar tissue which causes adhesions between muscles and fascia, which in turn restricts mobility and causes pain. Deep tissue massage helps to separate these adhesions in order to improve range of motion, and decrease pain. 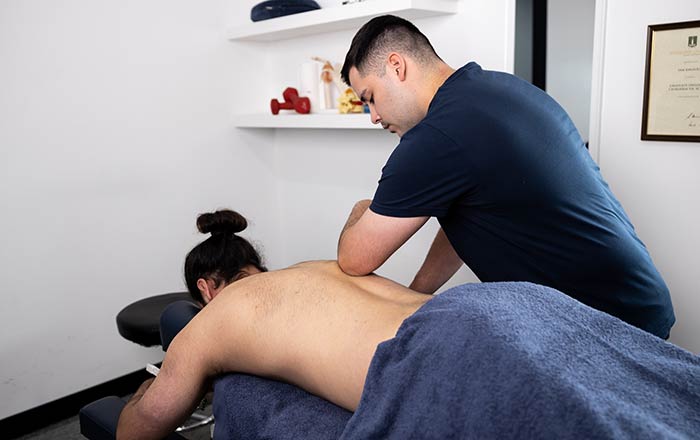 It’s not uncommon for pregnant women to have sciatica, low back pain, and generalized aches and pains. Pregnancy massage therapists is a gentle, and effective way of alleviating these symptoms.

Hot Stone is a style of massage therapy that involves the use of smooth, heated stones. The massage therapist places these hot stones on specific areas of your body while massaging. The weight and heat of the stones warms and relaxes your muscles, which them means that the massage therapist can apply deeper pressure to the effected areas without causing you any discomfort.

At the SB Chiro clinic in Gledswood Hills we currently have two remedial massage therapists who are also experienced in several other styles of massage. 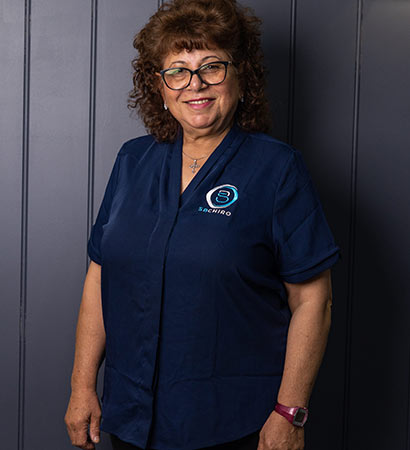 Mary has been working as a massage therapist for over 25 years in Chiropractic and Physiotherapy clinics. We are very grateful for the wealth of knowledge and professional expertise that Mary brings to SB Chiro. Mary also has a bachelor degree in physical education, and more than 10 years’ experience as an educator. She has a diploma in health science, massage therapy and has also studied osteopathy and podiatry. Mary offers all types of massage including, deep tissue massage, lymphatic, pregnancy, relaxation, hot stone and remedial massage.
Book Now 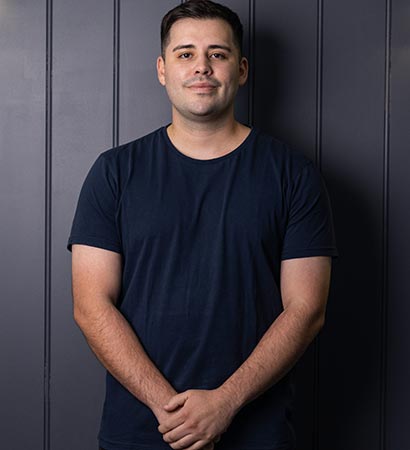 Jason attended TAFE NSW, where he completed his Diploma of Remedial Massage. Human movement has been a long-term interest of Jason’s, having dabbled in sport and exercise science. Jason played many sports growing up, however, he was most passionate about football. He became more interested in strength training, in his mid-teens, and more recently, in Olympic weightlifting. Having overcome quite a few sporting injuries over the years, he understands how they can be both physically and mentally debilitating. He first experienced musculoskeletal rehabilitation during his time in football, and it ignited a drive to help other individuals dealing with similar ordeals. As part of a collaborative approach by the SB Chiro team, Jason always goes above and beyond to ensure that remedial massage helps you overcome your injuries. Jason would like to help the Gledswood Hills community realise their true potential when it comes to their bodies and health.
Book Now

Our remedial massage treatments are covered by the following health funds: